My dad will be closing on a house near me this summer. He wants to use me as his closing agent.
(I am not a part of the transaction and I can then notarize for family in my state)
Anyway, does he simply request to use me to the loan or title company? Also, I assume I would negotiate my fee like normal.

Check your states SOS laws for notaries. Just because you don’t have an interest in the transaction, some states forbid, or use the word “discourage” from notarizing anything for family member’s at all. I found the article below through NNA that might steer you in the right direction. Hope this helps! 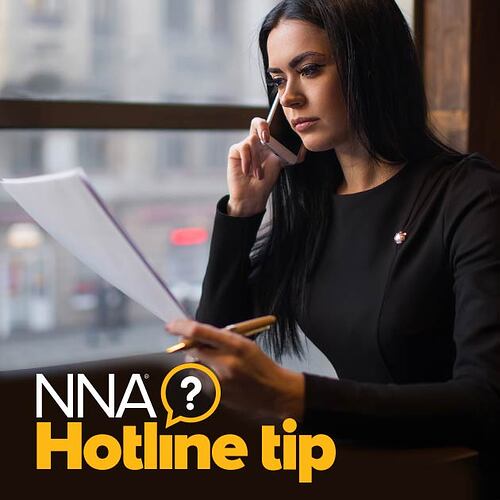 May I Notarize A Document For One Of My Parents?

May a Pennsylvania Notary notarize a document for her father? The NNA Hotline Team answers your questions.

In most professions it is something that they oftentimes will discourage. Although i am sure you will take great care in the process… heaven forbid something is questioned you are putting yourself in a position to be invesigated which my pause your ability to do notarizations while being investigated. IMO its not worth it.

But to answer your question you could negotiate your fee with the title compay directly after all your parents are paying it as part of their setlement fees.

The Proverb that comes to mind is: “no good deed goes unpunished.”

From Wikipedia: “Beneficial actions often go unappreciated or are met with outright hostility. If they are appreciated, they often lead to additional requests.”

Also, here is a direct url link to an article in Psychology Today that provides a comprehensive view of that Proverb (very interesting read): 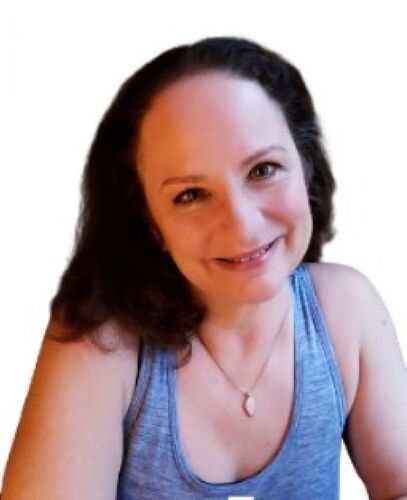 Is It True that "No Good Deed Goes Unpunished"?

People sometimes withdraw or punish you after you try to help them.

pause your ability to do notarizations while being investigated

with @vvs.notary.services with the exception of the following:

NNA that might steer you in the right direction.

Your best bet is to review the Notary Public Manual of Desk Instructions as published by your State/Secretary of State/Commissioner/etc.

NOTE: Experiences of multiple Notary Cafe members, year-after-year, have repeatedly demonstrated that the NNA provides information based on the regulations within the State of CA & is regularly inaccurate. Of course, the CA regulations won’t accurately serve nor support many of the other 49 . . . *** => While performing research, always include due diligence, utilize critical thinking, and be quietly skeptical until you’ve uncovered sufficient accurate data to substantiate your own confidence in the knowledge.***

Not All States Permit Notarizing For Relatives

On the other hand, many states, such as Texas, do not restrict Notaries from notarizing for relatives at all. Some states, including Alabama, California and Montana, caution Notaries against notarizing documents for relatives even though the law doesn’t specifically ban it.

If You’ll Benefit, Don’t Notarize It

Even if your state doesn’t restrict you from notarizing for a family member, you shouldn’t do it if you will benefit from the transaction in any way. If you are in a community property state, any transaction involving your spouse could potentially benefit you as well — even if your name isn’t on the document. Some states, such as California, don’t specifically ban notarizing for relatives, but do prohibit notarizing if the Notary has some kind of involvement in the notarized document. For example, California prohibits its Notaries from notarizing a document if the Notary has a direct financial or beneficial interest such as being named in the document or receiving a gift or benefit from a transaction detailed in the document apart from the Notary’s statutory fee.

If you’re not sure whether you’d stand to benefit from notarizing a document for a relative, it’s better to be safe and refer the relative to another Notary who’s not related or involved in the transaction.

The Notary Public Code of Professional Responsibility offers helpful guidance on this thorny subject. It urges the Notary to decline to notarize for any family member related by blood, marriage, or adoption in any degree of lineage. It also calls for Notaries to avoid even the appearance of partiality, which can happen in many cases involving family members.

If your state allows notarizing for a relative, remember that you still have to follow all the normal rules for identifying the signer and completing the notarization. Just because the signer is your spouse, child or other family member, it doesn’t give you the right to ignore Notary laws. Your relative will still need to personally apppear before you, be identified according to state law and sign your journal entry if a journal record is required in your state. 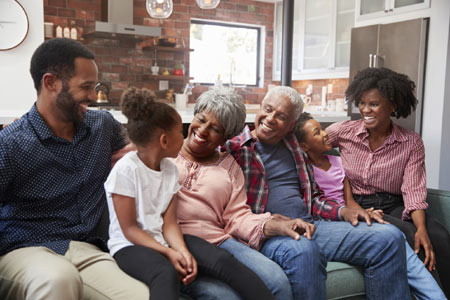 A Guide To Notarizing For Family Members

As a Notary, how do you stay impartial if the signer is your relative? Here are some helpful tips for handling notarization requests from family members.

Also keep this in mind - although you may not be a party to this particular transaction, you are really not impartial as you ARE an heir-at-law to your father’s estate. Something to think about.