Where do I draw the line as as a notary?

I signed a couple today and I just had an overwhelming sense that the husband was perhaps a narcissist. The wife was the one signing documents and therefore on the hook for the loan. I met with her alone later and she did tell me that she didn’t really want to sign the loan but eluded to “that’s what you do for your husband” and tried to laugh it off to seem like she was really ok with it. I’ve just been left with an odd feeling, like I should have done something. But what? I have signed documents in my hand that have already been scanned in and this lady (jokingly) telling me she hopes it doesn’t go through. Has anyone else had experiences like this?

It’s really none of our business. Wife signed of her own free will, right? We’re only there to witness signing. Now, if he had a knife to her throat, that’s another scenario altogether.

Agree, there’s nothing you can do…I’m guessing based on your post that this was the loan app - the only thing you can do to feel better about it is not accept the assignment for the final signing if the loan does go through.

I would not recommend meeting or talking with clients after you’ve done the signing business with them. You did your job. She signed under her own will. Nobody forced her! Never have opinion on clients what soever. You did you job and leave swiftly. Stay professional, not take it personal.

As a notary you are not to have stake in any signing you stamp. Once you go down that road you are on your way to losing your commission. Unless you see a “crime in progress” you stay out of it.

I always do this 100%:
The first thing I do is give the clients my business cards and my code of ethic/code of conduct cards. 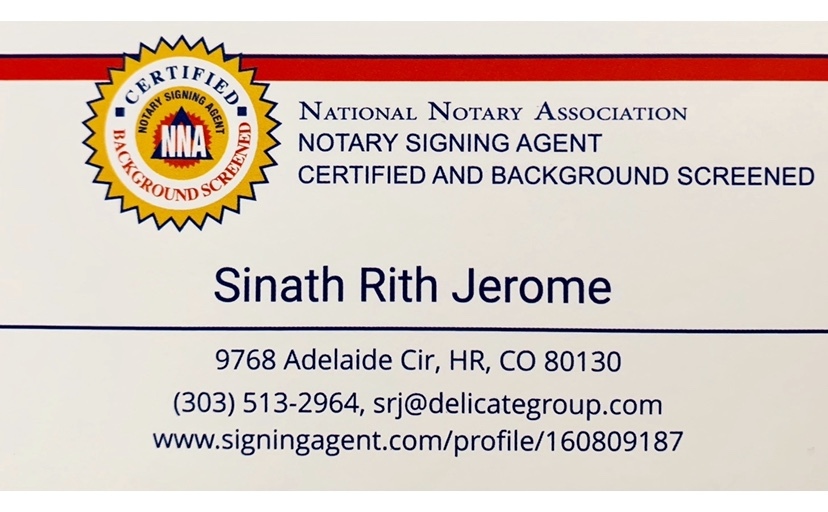 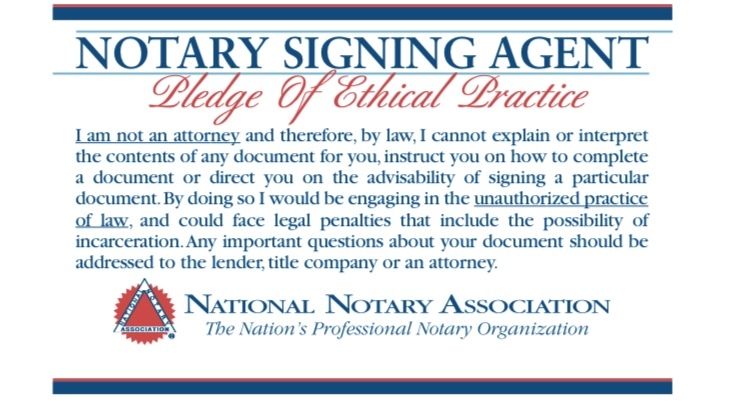 I always verbally explain the following before I conduct any signings:
NOTARY SIGNING AGENT
Pledge Of Ethical Practice
“I am not an attorney and therefore, by law, I cannot explain or interpret the contents of any document for you, instruct you on how to complete a document or direct you on the advisability of signing a particular document. By doing so I would be engaging in the unauthorized practice of law, and could face legal penalties that include the possibility of incarceration.Any important questions about your document should be addressed to the lender, title company or an attorney.”

OMG, I cannot believe the responses I am seeing here. You are a Notary, given the privilege by your State. You have a DUTY to report any question that the signor was signing voluntarily. You must contact Title and let them know what transpired. Any question that you know there is an issue will put YOU on the hook for conspriracy to defraud! This appears to be a case of coercion and you MUST report.

Here is what the NNA says 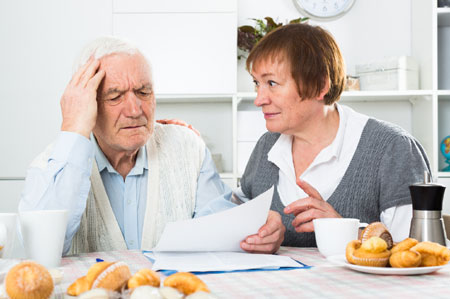 One of the Notary’s primary responsibilities is to determine a person’s willingness to sign. Learn how to make the proper judgment with these tips.

My only question for JBOT is you mentioned you met with her alone. Did you approach her?

I had to go back and meet with her because there were a few missing documents that she needed to sign. Without me saying anything she volunteered the Information that even though she didn’t think the transaction was a good one she was doing it for her husband. She joked that she wouldn’t mind if the papers got lost in the mail. I told her that I hope everything worked out for her and left. I did not ask her if she was being forced to sign, I knew what it was—-she was in a bad marriage in which her husband had manipulated her in some way into signing and she, being an agreeable wife not wanting to make waves was complying with a controlling manipulative husband. I’m not a marriage counselor but I can spot a bad relationship, my original question was where do I draw the line? As someone mentioned, she was not being forced and no one was holding a gun to her head, she was in a bad marriage. It was an odd and unsettling situation, we had already signed everything, in fact all documents had been faxed over to title. In hindsight I might have told her that I wasn’t going to send documents if she didn’t want me too, but that’s about the only thing I could have thought to have done.

Was it a refi? Or a Seller’s Package?

It doesn’t matter what the package was.

There’s a ethical issue here that leaves one open for legal action depending on your state of business.

As stated… if you genuinely believe a signer is being forced or manipulated in any way you can/should walk & report his/her reluctance to sign. It is for their protection as well as yours.

Consider self preservation if you can’t think beyond your wallet in chasing a check instead of acting from a better place.

Proceeding to complete a signing when it’s obvious any party is acting out of anything less than his/free will can place in the legal line of fire. Even a crappy attorney could make a case because of this. You could be held as a party to fraud or coercion should legal action come about.

This idea of business as usual is was allowed things like Enron, Bernie Maydoff, the entire housing crash, etc to happen. No one here can say that they would not like a line of defense if in the same situation.

Remember that “business as usual” approach when signing agencies, title, etc are late in paying & strive to find reasons to lower your fees. Those are not ethical practices yet people here rage when it happens to them.

You simply report that the signer did not want to proceed.

Most people on the forum do not have verifiable training in psychology to diagnose various conditions & their nuances. Keep that to yourself. Most judges would toss that testimony because you lack the education to determine someones mental state & personality black holes.

I know one NSA who proceeded with a contract close though all the signs where there that she was being pressured by her husband. It turned into a mess. The wife had the credit and was the sole guarantor. He was targeted as a participating party in coercing the wife a year later when she sued everyone tied to that loan to place it all on the husbands plate in a divorce.

He was spared financial loss via a court award, but the wonderful state of Texas did terminate his notary status for 2 years.

I showed for a signing where is was obvious the girl friend was physically abused just before I arrived. We sat to do the paperwork. She was the only signer. The guy was almost sitting on her lap. He was affable and quite courteous. I asked for a drink. She was basically in a corner so he went into the kitchen. I asked if she was ok, told her I was calling the police, & felt compelled to ask if she was signing willingly. She refused to answer. I took it as no.

We “completed” the signing for her well being. I called to the police as soon as I got into my truck then let title know that she was being forced to sign thru physical violence.

Sadly the lady on the phone only heard what she wanted to hear. “Forced signing” translated to the paperwork is complete. She asked “So she did sign… right?”

My response wasn’t all that professional.

I told her “Yes she signed. We did that so she wouldn’t get beat for refusing to sign, but there was no way in Heaven or under hell would I send in those docs.” Those papers were shredded the next day after I called her boss to talk about everything. I reported her to her states licensing board after that.

My experience was one of those obvious moments. I still would have shredded the papers or created a reason to end the signing if there was nothing physical & I truly believed she wasn’t signing of her own free will.

Ultimate it is your choice BUT I prefer to error on the side of doing was is ethically sound. I would want someone to help me not hurt myself if ever in the same situations.

Oh, based on the story in here, I was just wondering if the client had 3 days to think it over!

Exactly, Dominus! Complete the signing, but report the conversation to Title and let them decide what to do. You have a DUTY to report any suspected coercion and in this case, it does appear it is SUSPECTED. You don’t stop the signing you report it. Big difference. You do not put yourself in the line of fire. You CYA by REPORTING it.

The documents are not yours to decide what to do with. They are the property of the Title company. Shredding those docs, big no-no.

I tend to concur with your statement. I’m also speculating that I would have paused the signing and made a clarifying statement about not signing under duress, etc. Afterwards, if I would have felt as strongly as the notary regarding what she felt or witnessed, I would have made a note to the title team for them to decide whether or not to pursue. I only stop the signing if either signer verbally states that she/he is not comfortable with the terms or process and wishes to cancel or stop.

I totally agree, we as notaries/signing agents and human beings should do our duty, due diligence and be compassionate towards people. I believe there is a way to handle this professionally.

You never know what someone has to their throat behind closed doors.

I agree 100%. If we have any reservation we need to follow our gut instinct. I would certainly let the signing company or title know what she said. It is on them to decide how to proceed.

I think that when domestic violence is taking place (whether emotionally or physically) the recision period will make no difference. If the abuser found out that the signer exercised her right to cancel, it could be dangerous for the signer. I used to work in the DV division of the Prosecuting Attorney’s office. I saw a lot that I can never unsee.