According to two former FGMC employees, the company on Friday laid off around 500 employees without severance payment, meaning only 100 staffers remain.

“They are not accepting new loan applications, so that probably means they are getting ready to close up the whole thing,” an employee who was affected by the layoff told HousingWire.

The investment management firm PIMCO bought a sizable stake in the mortgage lender in 2015 and initiated layoffs and management changes in 2018, another tough year for the mortgage industry.

The same former employee said PIMCO was trying to strike a deal to bring more funding to FGMC, which “went south” and then FGMC “got hit with margin calls.”

“PIMCO was attempting to sell part of FGMC but when that fell through, they completely divested,” said another source. “About nearly 500 people were affected today including sales and ops in all three channels. Essentially the company is shuttered.”

“Apparently their stockpile of ‘cash’ was a lie. Time to start the job search!,” one former employee posted on LinkedIn.

In a written statement, a spokesperson for the lender said FGMC “made the difficult but necessary decision to institute a reduction in force as the mortgage market faces significant, unexpected, and unprecedented economic pressures.”

Licensed in 49 states and the District of Columbia, FGMC offers mortgage loans for new home purchases and refinancings. The company offers a variety of loan products, including FHA, USDA, GO and non-QM loans. Just last week FGMC launched a new second-lien program, where borrowers could tap their equity without disrupting their rate.

The mortgage lender does business as Goodmortgage in retail branches, where they work directly with consumers. It also works closely with third-party origination partners through the correspond and wholesale channels, where the company offered its proprietary line of Non-QM products called Maverick Solutions.

This is Chase Layoffs last week! Better be creative and dig deeper out there if you want to survive as an NSA!!!

“Employees in the mortgage business have been confronted by serious job insecurity in recent weeks. Workers at one of the world’s strongest financial institutions, it turns out, are not immune.”

“The exact number of those being laid off is unclear. More than 1,000 workers are affected, but about half are being moved to different divisions within the company, sources told the publication.”

“Our staffing decision this week was a result of cyclical changes in the mortgage market,” a company spokesperson said in a statement 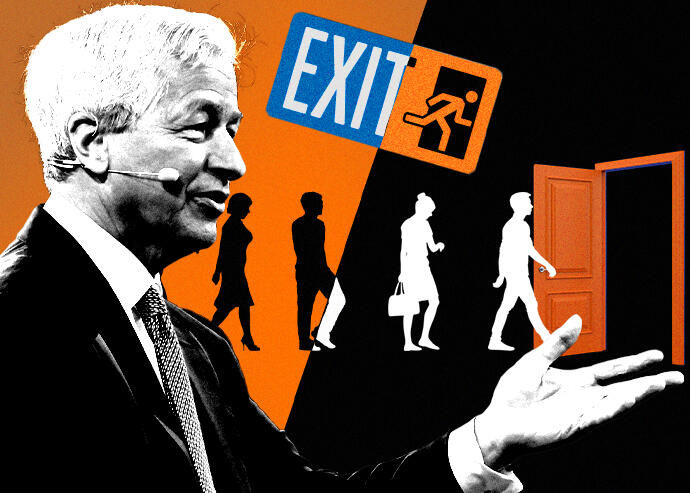 JPMorgan Chase is cutting hundreds of workers and reassigning others, citing “cyclical changes” in the mortgage market.

Just last week FGMC launched a new second-lien program, where borrowers could tap their equity without disrupting their rate.

This is SOOOOOO BAD in so many ways!

The biggest and strongest will always be the last to cut, but it was always inevitable. The monopoly money is showing all of it’s colors except green!

This just slows down the bleeding for the borrower, correct? If you are borrowing on your equity, something is up in your financial health. I suppose it could be for investments.

A second lien on your home (to me) is a second mortgage on your home in essence (because your home is the collateral). So whether trying to slow the bleed or invest, it’s still another debt incurred at the end of the day, while adding another owner to their home. What scares me the most about this is the fact that one can keep their original interest rate. So where are they making money on people like me who locked in at 2.625% when rates are hitting the 6% mark today, and only guaranteed to rise going forward? MASSIVE FEES! And if they add those fees into the loan, interest is paid on that as well. To me, the current economy, inflation, gas prices, 401k loss has already shown its face by people racking up debt just trying to make ends meet. Looks like FGMC is capitalizing off of this in order to try and help themselves survive.

It’s one thing to have the same lender holding both liens, it’s another to have 2 separate lenders each holding a lien. Either is a bad scenario unless like you stated, for investment purposes, but I feel that’s not their target audience.

I did an 8% commercial bridge this morning.

Hopefully they are investing, renovating or something like that. I rarely see those loans go beyond a year to pay back.

Pennsylvania-based Customers Bank is listed as the largest unsecured creditor in the FGMC Chapter 11 case — with a claim of $25 million.