I fell for it - !Watch out for Impressive Lawyers!

I am a newer signing agent and was contacted by “Impressive Lawyers” in September. They seemed to wanna help legitimately and I was excited since they stated it was only a $1 and then if I like it we could continue. Well long story short they sent me a profile that didn’t even have my photo on it, and then proceeded to tell me that would be 299.99 and I said no I don’t like it I don’t want to be charged. I was ignored by them and the number they called me from was no longer in service. They still charged me. My bank wouldn’t help me at all and here I am out 300.00. They are scammers!!! They will not help with anything they just want your $$.

Thanks for the information. I’m sorry to hear that happened to you

You got lucky. Just think of all the poor people that quit their jobs and paid all that money for LSA training only to realize that the “Fed” screwed up (their words) and had to raise the interest rates. Effectively crushing the entire mortgage lending business that you were counting on to send you loan signings.

Time to find a new bank - if there’s a fraudulent charge on your account (which you told them “no” so IMO they basically stole the money) then your bank should look into it for you.

I hope all your agreements and cancellations were in writing - that’s your proof and I would not just say “I’m out $300” - I’d do everything I could to get my money back. Hopefully you didn’t sign any contracts or agreements to pay.

Nope never signed or agreed to anything besides the $1 and once they had my account active after the first few minutes I had I canceled and then I tried calling and emailing them back to cancel with no answer.
My bank got some info that had a checkmark on it that could’ve been photo shopped and they said too bad we did all the research we could. I forwarded the emails, the phones numbers and the screen shot of phone call but apparently it’s still valid to them. I don’t even think they called them.
Worst bank ever.

Which bank was that? You should file a complaint with whatever agency oversees banks. They should give you at least a temporary credit as soon as you dispute the charge. I’d really recommend going to a credit union. I’m a member of two and they have great customer service.

What did “Impressive Lawyers” want to help with? What did they promise?

I just tried calling their number on the website. First of all, I can’t figure out what they even advertise.
And I got a young woman with lots of crying babies. The whole thing looks like a scam.

Unfortunately it is a credit union. The worst customer service so far. They basically didn’t look into them at all and assumed it was correct.
They gave me provisional credit and are taking it back because they said it was legit but it obviously isn’t.
They were supposed to help me get new signings and leads and pay out $250 per signing but it wasn’t anything like what they said. I don’t know what I was thinking

I just hope I helped someone else avoid this ugly situation.

My bank has continued to be unhelpful and basically called me a liar. I’m taking it further than this because they have actually refused cashing my checks because they were “Fake”. I get Echecks all the time and never had a problem with them at a different branch. I think it’s just the manager at that specific branch. Personal vendetta or something.

They literally tanked the NSA business singlehandedly. But, then again, the government ruined tons of businesses due to COVID, too (which we now know was unnecessary as COVID is still here and life goes on/the vaccines do not prevent infection or transmission aka they’re useless). When I was young, I used to think our country was the greatest and government was put in place to help people by creating a healthy economy/society. But, now that I’m older, I can see it’s one big scam. They do more to hurt than anything. It’s every man for themselves lol. The rich get richer and the poor get poorer. Noone really cares in the end… The gears of capitalism just keep churning regardless. If you aren’t careful you’ll be chewed up and spit out like so many little cogs in the machine.

I just got tired of that same old job,
Tired of fightin’ that freeway mob.
I bet you never thought I’d really go,
I’d never get as far as Mexico.

But I’ve even learned to speak the language some,
Down on the beach drinkin’ coke and rum.
You wouldn’t know me with this golden glow,
Soakin’ sun in Mexico.

I’m eatin’ right and I’m livin’ good,
Doin’ everything I said I would.
I should have left a long time ago,
Who needs them? I got Mexico.

Through it all nothing’s really changed,
No matter what honey that’s a shame.
I still love the U.S. but that’s the way it goes,
Hey, y’all, I’ve got Mexico.

If y’all want a fun read, punch up WATCH OUT! Has anyone heard of www.Impressivelawyers.com? on this forum. I discovered that they were a scammer right away and my string of posts against theirs resulted in Notary Cafe dumping them immediately. Don’t be fooled, newbies!!!

Someone explain how this happens. Since you signed nothing, what authority did this company have to withdraw money from your account. Don’t they have to prove they have permission to debit your account? At least something more than knowing your routing number and account number. (something clearly printed on every check we write).

I’m so happy right now. thank you for sharing that

@taitai671 Here is another thread on that business entity.

I think it’s a ploy to get a list of notaries from a company who is paying him. I didn’t give him really any information. I looked up a website that he had (very scanty) - IL - Impressive Lawyers and my old firm was on that list along with other firms that I have had contact with in my area. Well, we’ll see if I get any signings or if this is just BS. Thanks for your input. Maybe I’m the first notary that has dealt with him. Karen

It is very sad when people scam like that. So sorry that happened to you. 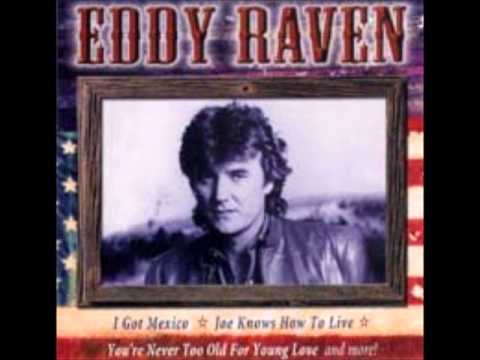